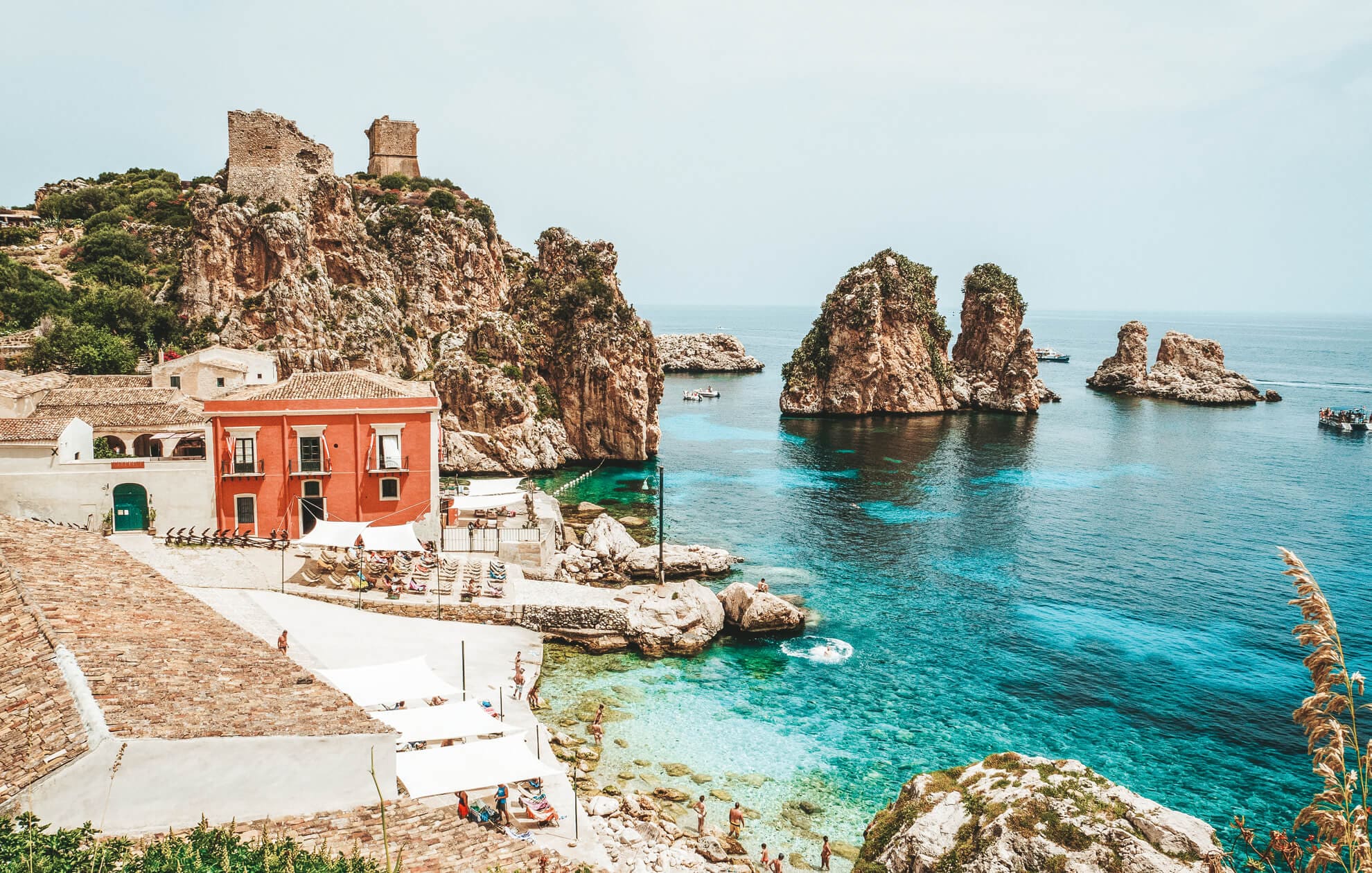 For many of us Australians, we’re pining for our long awaited European Summer Getaway; the team at EPHEMERA included. So from the comforts of our very own desks we’ve created a Sicilian destination guide to satiate our vacation fantasies.

Located in the middle of the Mediterranean sea, Sicily is well known for its beautiful coastline, sandy beaches, authentic cuisine, and crystal clear water. We've created a list of destinations, restaurants, beaches, books & films to transport you directly to Italian soil.

Taormina is a mandatory visit, known as the Pearl of the Ionian Sea.

Stay Villa Sant'Andrea. Old world villas set on an exclusive beach on the bay of Mazzaro

Visit Gambino Winery. Set in the mountains on a beautiful vineyard with spectacular views of Taormina and its vast coastline.

For Extended Stays Visit the Aeolian Islands, located off the coast of northeastern Sicily. The archipelago is made up of seven islands – We're picking Panarea.

Grab some food supplies like a local at the Ballarò food markets in Palermo. Awaken your senses at the oldest street market selling fruit, vegetables, meat & fish, also known for street food.

Picnic Take your fresh produce and have a picnic by the ocean at Mondello Beach.

Trapani is a gem worth visiting and is located along the western coast of Sicily. Well known for its vast history, stunning scenery and a backdrop for movies such as Ocean's Twelve featuring George Clooney.

Beach Scopello. If you dont have a hire car, then this lust-worthy beach is best reached from Castellammare del Golfo by public transport.

Museum Open-air museum of the Tonnara di Scopello. Learn about the different settlements that shaped the history of Sicily.

Lookout Torre Bennistra. Put some time aside to climb to the top of this historical tower for stunning views of the Scopello coastline and Zingaro Natural Reserve. 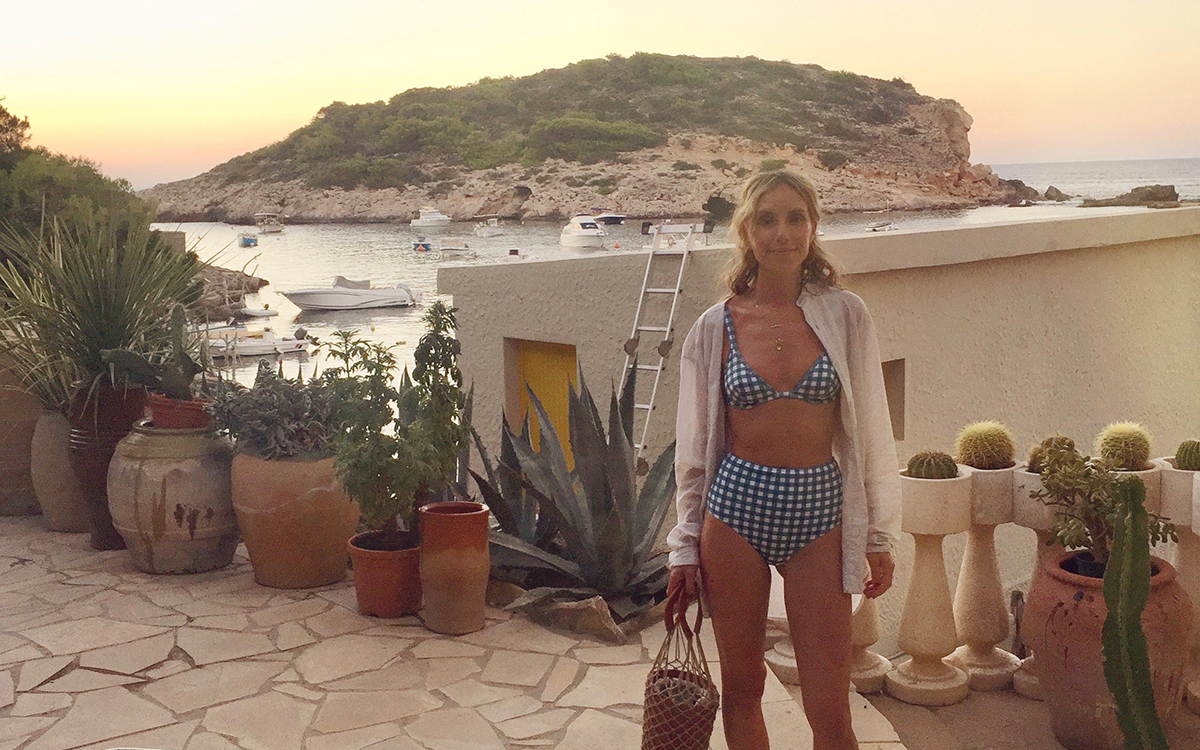 Ever dreamt of running away to live on one of the Balearic Islands? It has definitely crossed our minds when we find ourselves pouring over images of crumbling rocky beaches and whitewashed villas set against the turquoise Balearic sea. We asked our friend Sarah Maggie Ibrahim to tell us more about her recent trip to Mallorca and Ibiza.Sarah wears the Lilac Tie [...] 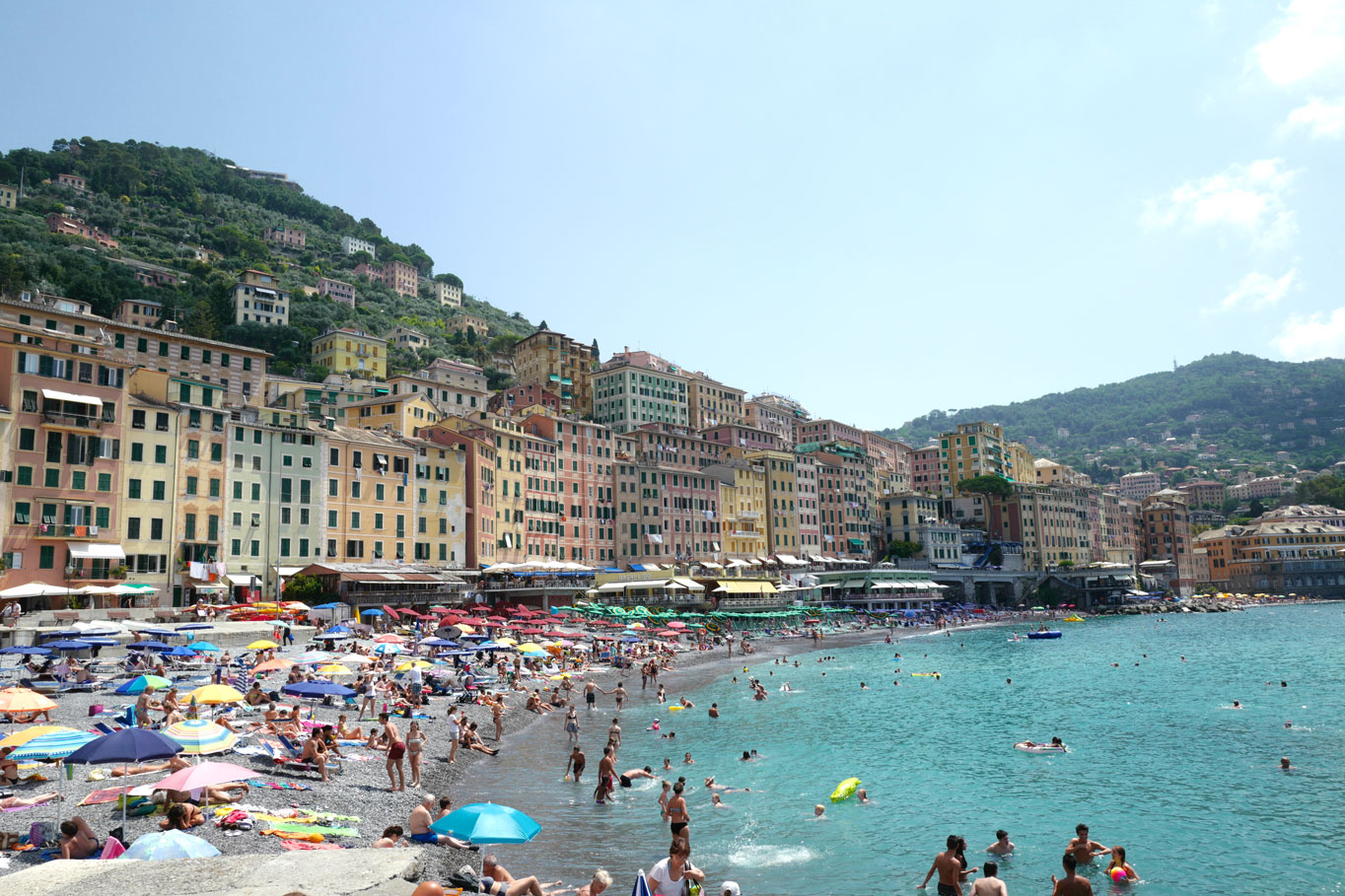 The Best Kept Secret of the Mediterranean Coast

It's often a great source of amusement for me, when I visit Camogli in peak season, that I have managed to miraculously dodge the hoards of tourists visiting the Ligurian Coast, namely Cinque Terre which sits just around the corner from this magical (and relatively unknown) fishing village.Perched on the Ligurian coast, on the fringes [...]

Find the perfect fit with the below sizing matrix!

Ephemera uses French sizing based on the below measurements.

To determine your size, take your bust, waist and hip measurements and find the below size that most closely corresponds with your personal measurements.

Please measure yourself wearing a suitable unpadded bra, and with no outer garments.

If you are between sizes, we suggest you opt for the larger size.

Keep in mind that this is a general guide and may vary slightly depending on fabric and style.

Please also look out for any specific size and fit recommendations in the individual product page of the item you are interested in.

How To Measure Yourself

Measure the circumference of your chest. Measure around the fullest part of the bust area, under your arm and over your shoulder blades.

Measure around your natural waist. The part where you are the most narrow through your middle, above your navel and below your ribcage.

Measure around the top of your legs and around the fullest part of your bottom.

We can help you determine what size is the best size for your body. We also offer style and fit advice to help you decide what style will best fit your body shape considering the cut and support qualities of each of our styles.

For a size consultation, please provide us with your bust, waist and hip measurements as well as your height.

For a style consultation, please also provide your measurements and give us a description of your body shape as well as what kind of fit you are looking for.

We offer free shipping for Australian orders over $100 AUD via Australia Post Express Post. Where possible we try to ensure next day delivery.

All international orders are shipped via DHL Worldwide Express. For shipping charges, you can view a shipping estimate when you view your cart, before you proceed to the checkout.

Our online store is based in Australia and we ship worldwide.

Once your order is confirmed, we pack and send your order within 24 hours.

Please ensure that your shipping address is correct before confirming your order. We cannot guarantee the modification of your delivery address once your order is confirmed.

Once your order is shipped we will email you your tracking number.

All international orders are fully trackable and shipped via DHL Worldwide Express.

We want you to love your purchase! If you are not completely satisfied, let us know and we will work with you to make it right! To proceed with a return or exchange:

We do not refund any initial shipping charges paid for returned goods.

All goods are quality controlled prior to dispatch however in the unlikely case that you receive a faulty item, please contact us at

and we will arrange for repair or exchange.

Unfortunately Ephemera does not accept returns on sale items. However, we are more than happy to assist you with either an exchange or credit note for the value of the item

Purchases made within Australia are inclusive of GST and are not liable for any additional taxes or duties.

All international orders are shipped on a Delivery Duty Unpaid (DDU) basis. This means that you may be liable for import taxes and duties when your order reaches reaches your delivery destination. For further information relating to import duties and taxes applicable in your country, please contact your local customs office.